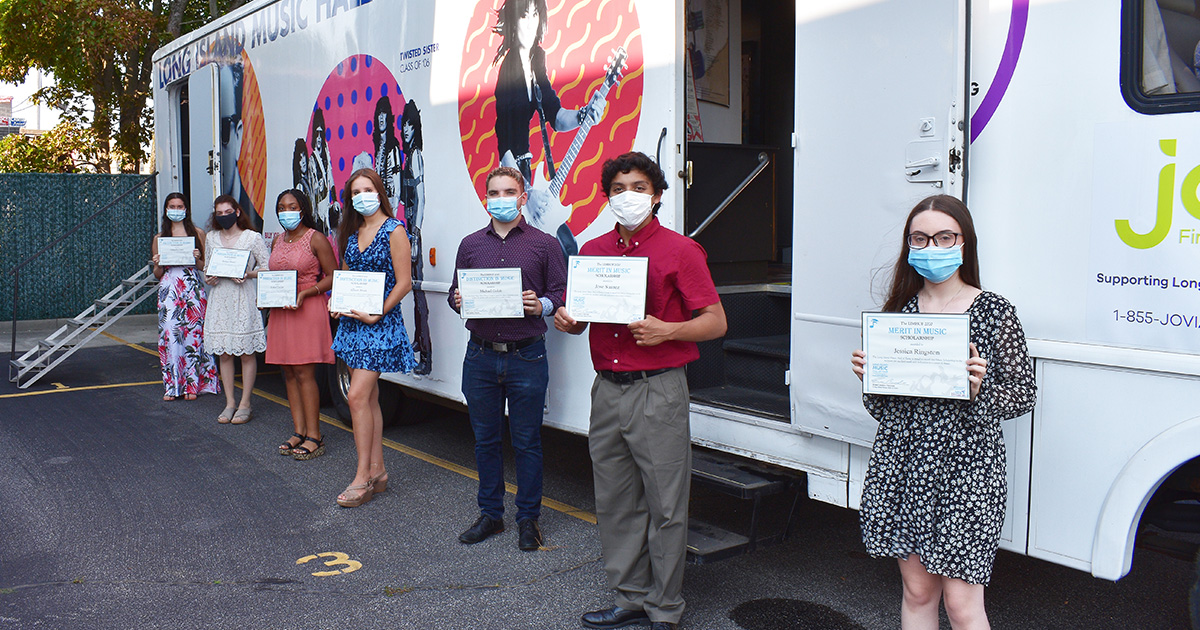 “Long Island Music and Entertainment Hall of Fame is honored to have the opportunity to support and acknowledge accomplished high school seniors who are pursuing a future in music. There were many amazing candidates and our committee was honored to be able to recognize some additional students. The talent that exists on Long Island is something we at LIMHOF want to celebrate. In addition to following their own dreams, we believe these students will encourage and inspire others,” said LIMHOF Education Chairman, Tom Needham.

Students in Brooklyn, Nassau, Queens and Suffolk counties are eligible to apply for the scholarships. This program is in addition to other Education acknowledgements that the Long Island Music and Entertainment Hall of Fame sponsors, including the Music Educator of Note and the High School Recognition Awards.

LIMHOF is able to provide these scholarships thanks to support received from the Long Island music community, Jovia Federal Credit Union, and from Jill’s Dreams, a foundation established in the name of former LIMHOF Board member Jill Rees-Russell. For 2020, an additional memorial scholarship in honor of Len Rothenberg, a longtime friend of LIMHOF has been awarded. LIMHOF is honored to celebrate each recipient’s dedication to music and support their college plans. A socially distanced reception event where students received their awards and had a chance to visit the Long Island Music and Entertainment Hall of Fame Mobile Museum was held last week.