On January 31st, The Long Island Music and Entertainment Hall of Fame’s Mobile Museum powered by Jovia was in Westbury to be on hand for the performance of two Long Island artists at The Ladies of The 80’s concert.  LIMHOF had the privilege of having Taylor Dayne, Lisa Lisa and Tina Menage take some time before their show to check out the “On the Record Exhibit” and learn about all that LIMHOF is doing to celebrate Long Island’s rich music heritage and to support music education and inspire Islanders.  Both artists shared their enthusiasm for the displays, the broad range of inductees and the fact that this place we call Long Island is a major character in their own story.

After the performers went to prepare for the show, the Mobile Museum was opened up at the front of the Theatre so the audience could check it out prior to entering the concert.  The Long Island Music and Entertainment Hall of Fame also met the winners of its Ladies of The 80’s ticket contest and gave them a tour and tickets to the show.  There is no charge to check out the bus and LIMHOF had Board members and the Mobile Museum Operator on hand to share information, perspective and context to the video, displays, and memorabilia.  We continue to look for supporters, but most importantly we want to continue to build community.  With good weather and a sold out show, there was plenty of time for people to “get on the bus” and put a little bit of local music history under their belt.   Follow us on Instagram, Twitter, Facebook or check back on our website to learn when the Mobile Museum may be near you! 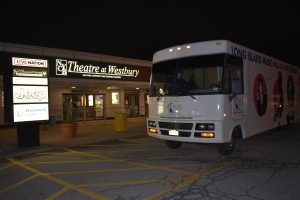 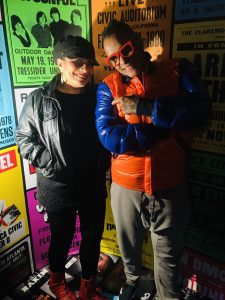 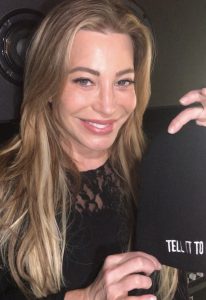