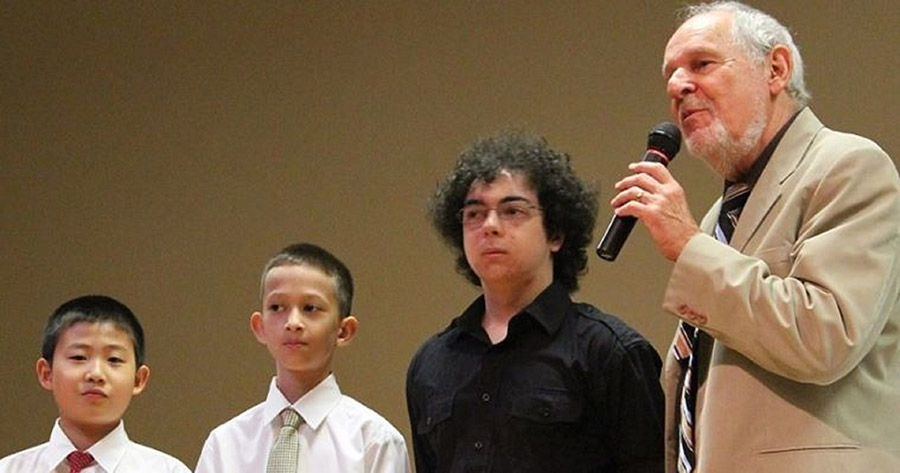 Long Island Composers Alliance, In Association with Long Island Music Hall of Fame, Presents Music by and For Students Concert on June 11

The Long Island Composers Alliance and Long Island Music Hall of Fame are partnering for the 44th annual Music By And For Students concert. The concert, presented on Sunday, June 11 @ 2:30 PM at Hofstra University’s Helene Fortunoff Concert Hall on California Avenue in Hempstead, will feature new compositions written specifically for students by LICA composers and original compositions written and performed by Long Island students.

This celebration of young players and composers has become the model for State-Wide NYSSMA student composition programs.

The works were judged by the LICA Program Committee. 3 outstanding works (one in each category) were be selected for presentation at the concert at Hofstra, and will be performed and honored at the special LICA Professional Anniversary Concert on June 16.  Winners performed on June 16 will also receive $50. These awards are given in memory of Arlene Diamond, whose compositions and students were a part of music on Long Island for many years and whose work with LICA and many other music organizations was so vital.

“The Long Island Music Hall of Fame is excited to work together with the LI Composers Alliance. They are an organization that is deeply rooted in the music history of Long Island and one that commands tremendous respect throughout the music education field”, said Tom Needham, LIMHoF Board member and Education Committee Chairman.