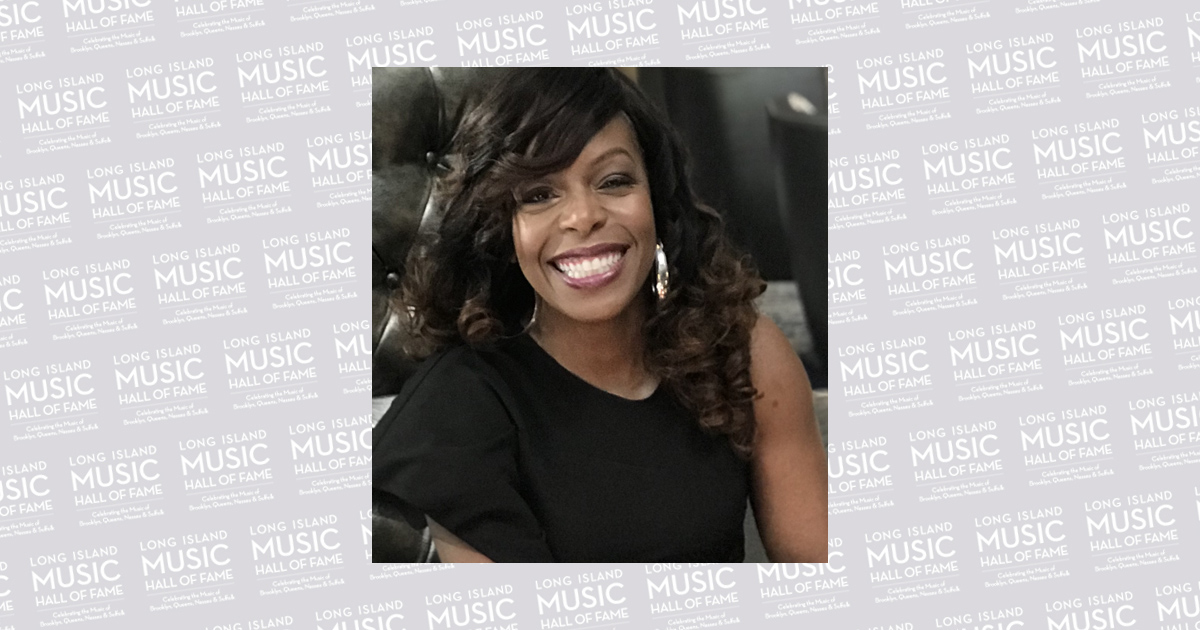 The Long Island Music and Entertainment Hall of Fame is proud to announce its 2018 Music Educator of Note award recipient – Lynette Carr-Hicks from the Uniondale School District. The award will be presented at LIMHoF’s Seventh Induction Gala on Thursday, November 8 at The Space in Westbury.
Lynnette Carr-Hicks was born and raised in Westbury, NY she has earned a B.S. Degree in Music Business and Vocal Performance from Berklee College of Music and completed a M.S. Degree in Music Education from C.W. Post, Long Island University.
Lynnette has worked with the best in the music business, including Lalah Hathaway, Roy Hargrove, Antonio Hart, Phil Collins and Al Jarreau. Lynnete has displayed her talent in numerous Broadway & Off Broadway Musicals. She has recorded several Japanese children’s albums alongside her daughter Joynell Carr. She is the Founder/Owner of LC Entertainment in Westbury. After graduating Berklee College of Music, Lynnette started her own Children’s Community Choir in Westbury. The choir was so successful they won the McDonald’s Gospelfest in 2001 at the Westbury Music Fair. In 2008 her choir LC Entertainment won 1st place and was named the Best Small Choir in America at the Verizon How Sweet The Sound Gospel Competition. Lynnette is currently the youth choir Director of First Baptist Cathedral in Westbury.
Lynnette started her teaching career at Westbury High School in 2000, where she was asked to create a show choir, because of her great experience in the industry. In 2007 Lynnette moved on to teach at Uniondale High School and in 2010 she created and founded the nationally & internationally acclaimed Uniondale High School Show Choir “Rhythm of The Knight.” This incredible choir has been on the Today Show, Steve Harvey, CNN, Good Day NY, Fox 5 and Friends, News 12, WPIX 11, ABC Here and Now and in Newsday, and New York Times.  On April 21, 2018 they won the Grand Champion award at the Fame Show Choir Nationals Championship Series in Chicago. They were the first minority show choir to ever win the show choir nationals.
As a result of her many achievements, Lynnette Carr-Hicks and Uniondale High School Show Choir have received many awards, and recognition for her hard work and dedication. Her choir has also performed with Barry Manilow, Kenny Rogers and Foreigner and for the NY Mets, Brooklyn Nets and Long Island Nets. The choir will sing the National Anthem at the NY Giants game on December 2, 2018.
In her spare time she loves to work out and run marathons, which inspires her to reach higher in her goals. Her goal is to share the knowledge & experience that was offered to her during her professional career. She thanks her family, and her students for all the love and support.
Lynette Carr-Hicks is the twelfth recipient of this prestigious award. Previous winners have been Abby Behr (2017), Frank Doyle (2016), Joseph Rutkowski (2015), David Fryling (2014), Steven E. Schopp (2013), William Katz (2012), Robert W. Kreuger (2011), Laurence Ballareau (2010), Joseph R. Sugar (2009), John McNeur (2008) and Herbert A. Deutsch (2007). More about them on the Educator of Note page.
Support The Long Island Music and Entertainment Hall of Fame