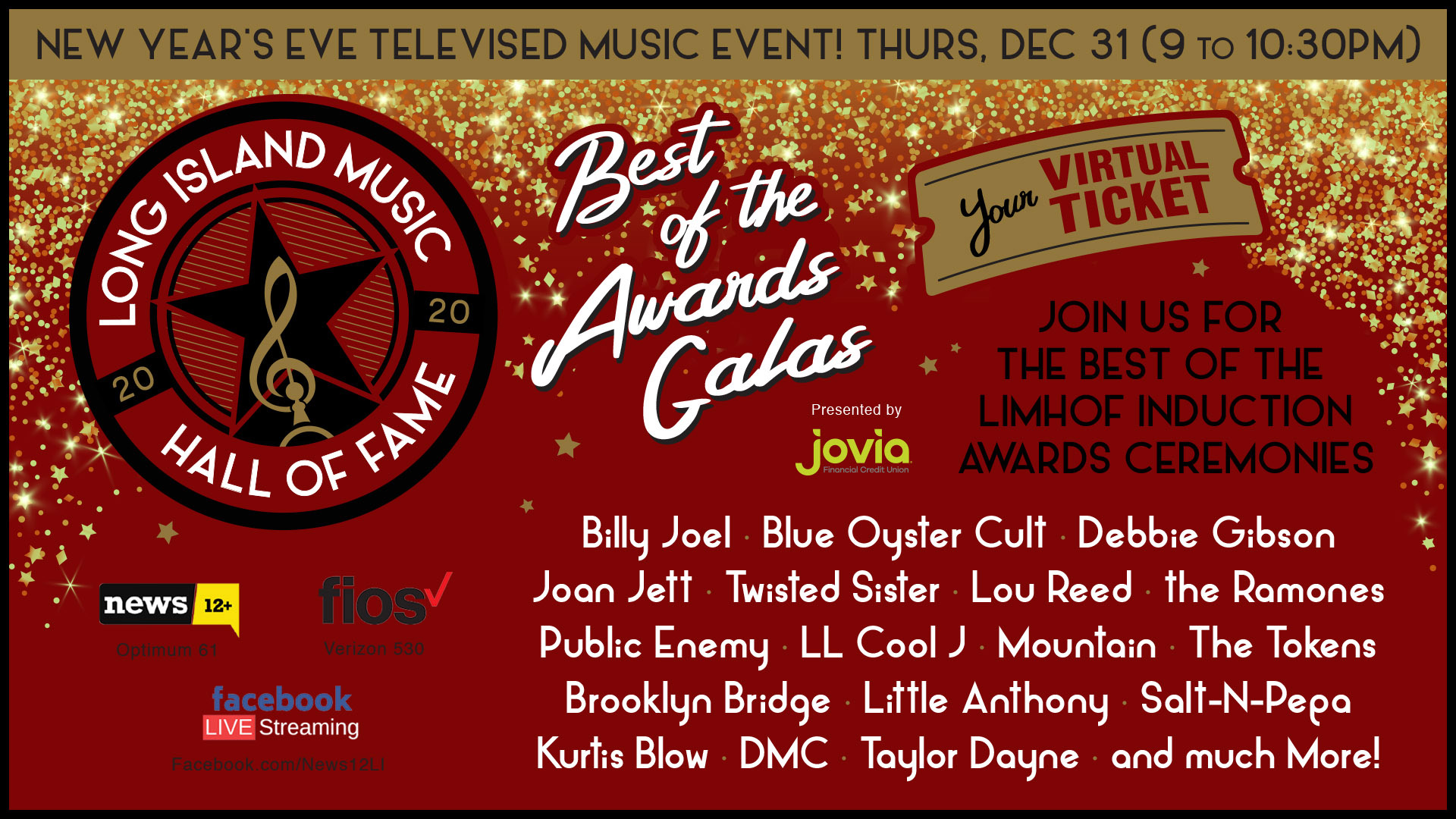 The Long Island Music and Entertainment Hall of Fame (LIMHOF) has produced a special New Year’s Eve Best of the Awards Galas TV special. The 90-minute show is being presented by Jovia Financial Credit Union and will air on Thursday December 31st at 9pm simultaneously on News 12 plus (optimum channel 61), Fios (Verizon channel 530) and stream on Facebook Live (facebook.com/news12li).

The show will be hosted by Guitarist and Vocalist Randy Jackson (from the band Zebra) and will feature a mix of the best speeches, performances and special moments from past LIMHOF Induction galas from 2006 through 2018. The special will also raise money for the LIMHOF music scholarship program and other educational initiatives such as the mobile museum through an auction of various items as well as accepting donations during the program.